With the death toll now over 800 and still rising and cries for help amid the rubble, serious questions are being asked about the lifting of the Tsunami warning. Really, after the tragedy of 2004, even with “data available”, surely caution and common sense overrides haste? Apparently not.

What’s that old saying about those who don’t learn from history?

Report and live updates from The Guardian: 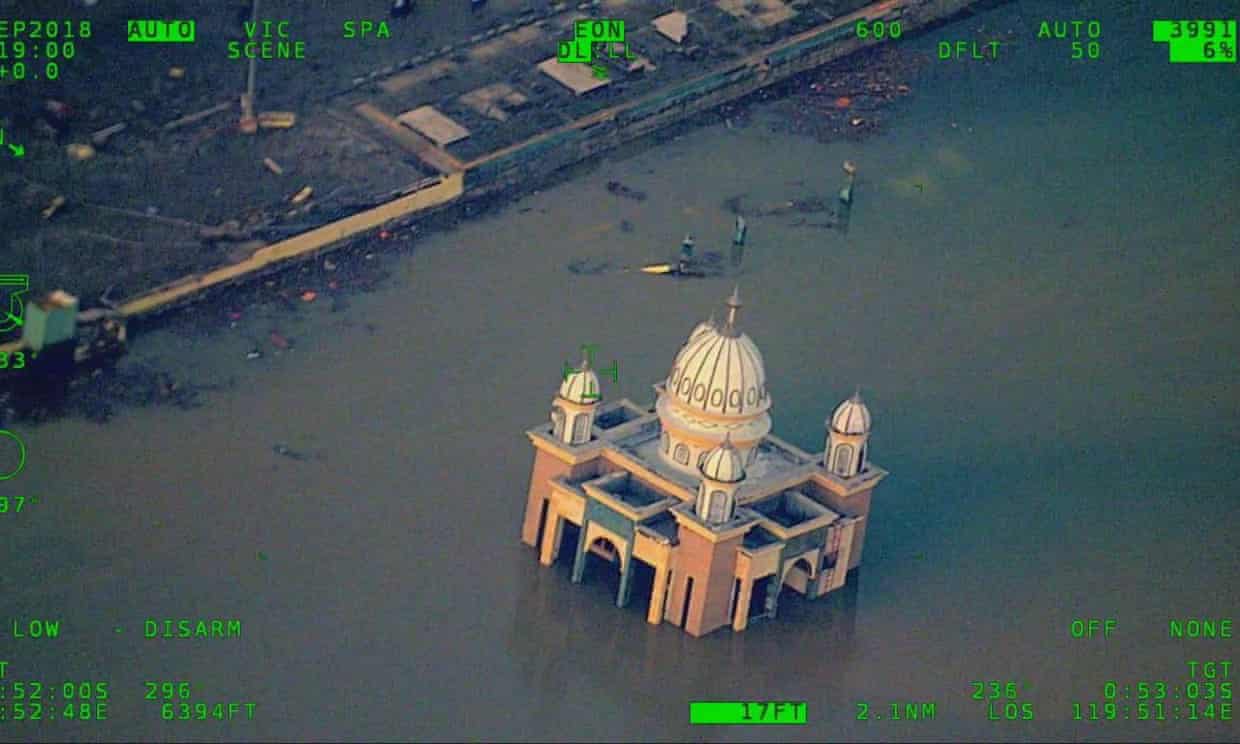 Warning lifted after 34 minutes, with agency saying it had no data at the town of Palu, where hundreds died

Indonesia’s geophysics agency lifted a tsunami warning 34 minutes after issuing it following a major earthquake that sent huge waves crashing into the north-eastern coast of Sulawesi island.
The 7.5-magnitude quake and tsunami, which hit the city of Palu, about 1,500km (940 miles) from Jakarta and further along the coastline, has killed at least 420 people. Officials said on Saturday the death toll was likely to rise significantly.
Hundreds of people had gathered for a festival on the beach in Palu on Friday when waves as high as six metres smashed onshore at dusk, sweeping many to their death.
The geophysics agency, BMKG, faced criticism on Saturday on social media, with many debating the timing of the tsunami warning.
The agency said it followed standard operating procedure and made the call to “end” the warning based on data available from the closest tidal sensor, around 200km from Palu…

Mon Oct 1 , 2018
The lack of consent and consultation are my main concerns here. We all know how fast we’ve had to work on last minute submissions here in NZ. Time windows to register our views with officialdom have been ridiculously brief, and even then I suspect it’s all just tokenism. Regardless of […]