Yet another example of the snowballing proliferation of “Police State” technologies.

And what better place to indoctrinate the next generation than school?

Contributed by Aaron Kesel of www.activistpost.com. 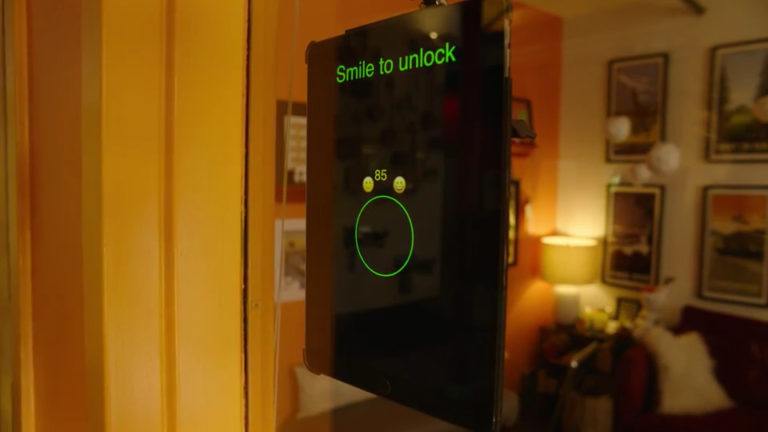 SAFR will let pre-approved people including parents, students and staff into a gate or a door, which will allow staff to focus on unfamiliar individuals trying to enter the premises, senior director of project management for SAFR at Real Networks told FOX.
Also, if a parent’s face is recognized by the system, the door/gate will open, reducing the need for someone inside the school to answer a buzzer. However, it’s worth noting that could be dangerous if the shooter was a parent.

According to FOX, UCDS and about 12 other schools nationwide are already utilizing the technology created by Real Networks. The Seattle Times reported that SAFR began offering the technology in the summer for free to K-12 schools in an effort to improve school security
“It’s free to individual schools so any school within the U.S. or Canada can install it within their four walls,” Vance said.
Although, if an entire school district is interested in SAFR, it’ll cost an absurd $50 per camera, per month, according to Vance.
SAFR is optional; so far about 300 parents have signed up their offspring for the program.
Facial recognition security cameras are heavily flawed. Although Vance claims that their system is different and is “99. 84% accurate, so it’s almost perfectly accurate.”
The ACLU’s New York branch raised concerns in an open letter to the New York State Department of Education, expressing that the Lockport school district (one of the first to use facial recognition) has failed to provide information about data retention policies while adding that the technology is heavily flawed and invasive.
Facial recognition software is notoriously inaccurate, and is particularly bad at identifying women, children and people of color.
Bringing this invasive technology into the classroom opens up the possibility that innocent students will be misidentified and punished for things they did not do. It could turn our school environment from one of learning and exploration into one of suspicion and control.
This brings up several notable questions highlighted by the ACLU.

*Who will have access to the database? Will it be shared with local law enforcement or federal enforcement authorities        like ICE?
*Who is being added to the “unwanted person” database? How does someone get on that list and how might they get off of it?
*Will this technology be used to track who students associate with? Will it be used to crack down on minor misbehavior        and enforce code of conduct violations, as indicated by one email from a school official?

SAFR isn’t the only invasive technology being utilized by schools for surveillance of students. Recently, Activist Post reported on wireless microphones that can analyze the audio signature of gunfire to alert authorities of the sound and location of gunshots.
The technology can also then identify the make and model of the gun/guns, and automatically seamlessly lock doors and set off alarms throughout the school grounds.
Besides making schools more into prisons with this technology by conditioning children that this is for their safety, the other danger is allowing artificial intelligence to decide when to automatically lock doors.
A horrifying scenario can emerge where the doors lock before students evacuate the room and actually prevents them from escaping a potential shooter a parent’s worst nightmare.
Being a safety hazard isn’t the only worry, seeing as schools are struggling to pay teachers and for school equipment, one has to wonder where the money will come from for any this technology?
That’s not the only technology being used in schools, according to The Atlantic.

In March, the Randolph Central School District in New York announced plans for cameras enabled with license-plate-reading technologies, part of its planned $500,000 security upgrade. The cameras would scan visitors’ license plates, then match them to police databases of stolen vehicles and active warrants. And in June, the Lockport City School District in New York allotted $95,000 annually in state grant money for a district-wide facial-recognition system. Provided by the Ontario-based biometrics company SN Technologies, the proposed system would scan visitors’ faces, comparing them against criminal databases and alerting police if there’s a match. Similar proposals have the go-ahead in New Jersey, Wyoming, and Arkansas, where Magnolia School District officials approved nearly $300,000 for the technology.

Shockingly, or perhaps not, some schools are even suggesting to install cameras in student bathrooms to protect students, as Activist Post reported last year. Although, that decision caused outrage amongst parents.
Public (and now private) school is becoming more and more like a prison in the U.S. and UK; prisoners have a camera on them in the bathroom and at all times, not students going to a school of “higher learning” to get an education. This is just more indoctrination to accept the nanny state.
The ramifications on privacy could set a huge precedent for our future as this technology is jammed down our throats with talk of cashierless systems in stores that utilize facial recognition, and plans to utilize the technology as an anti-theft mechanism as well. It’s the biometric agenda once called a conspiracy theory now seen being pushed visibly more and more each day in society. Welcome to The Minority Report…

Sun Oct 28 , 2018
Yet another item from the Good News Department! I love being the harbinger of positive news… Thanks to Takebackyourpower and to Sarah at theConTrail for spreading the word. “sharing is caring”. After a city council attempted a silencing campaign, a UK judge has declared that the people have a right […]