An easy to understand explanation and answers to FAQ about HAARP for Newbies and the Technically Challenged.

Part One of a two part blog.

When coffee table discussions turn to “conspiracy theories”, there are always a “top three” that that folk want to discuss:

Of these three, HAARP is the hardest to explain. Everyone expects a potted summary and I explain that the subject simply can’t be done justice in a few sentences of verbal exchange. I suggest the obvious: “Look it up!” Unfortunately, researching the official documentation, one must wade through a formidable quagmire of technical data and impenetrable terminology and descriptions. Even if one gains a grasp of the jargon, the wording of these texts is so obscure that one is left none the wiser as to what this technology is for.

So the seeker turns to Alternative Media, where one is led into another quagmire. A bewildering assortment of seemingly wild and fantastic claims are encountered. HAARP is mind control weapon; a Weather Warfare device; A missile-zapper; An earthquake generator, and so on…and to make matters even more confusing, it often seems that a variety of locations and devices are being discussed. In fact it all appears so broad and generalized that the skeptical inquirer might conclude that “HAARP” is a nebulous scape goat on which to heap blame for all the world’s natural catastrophes.

In fact, despite the valiant attempts of debunking sites to refute it, HAARP is potentially capable of all the things claimed of it:

“HAARP is the perfect first step towards a plan like mine. …The government will say it isn’t so, but if it quacks like a duck and it looks like a duck, there’s a good chance it is a duck.”  Bernard J.Eastlund

What do we mean by “HAARP”?

In the truthseeking and Alt. Media communities, we are really talking about two things: HAARP (specific), and “HAARP” (general). The former is a specific location in Gakoma, Alaska. The latter is a term we use for a worldwide network of Ionospheric Modification facilities (Like the one at Gakoma). Each of these facilities has its’s own name: HIPAS, EISCAT, SPEAR etc. And then there are an increasing number of ever more compact and mobile installations, some roaming the oceans or orbiting in space.

As the Gakoma, Alaska facility is generally considered the “Big Daddy” of  all these outfits, we refer to it all broadly as “HAARP technology”. One will also hear such expressions as “HAARPed” when referring to an allegedly artificially engineered environmental disaster. Even when discussing a specific Ionospheric Modification facility, we often say “The HAARP facility at Norway” (meaning EISCAT), or “The HAARP array at Birdlings Flat” (Meaning SPEAR). It’s just simpler to use a familiar term to encompass the whole range of associated technologies and locations. 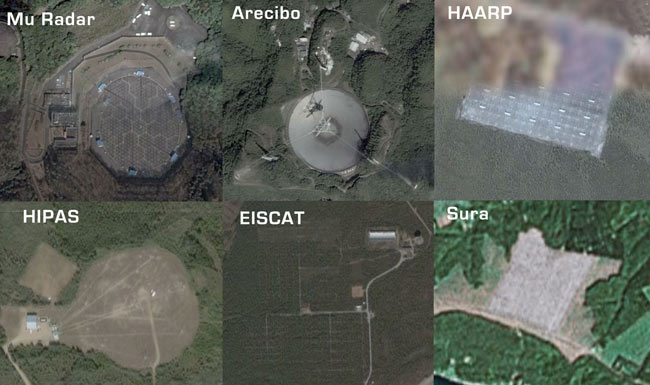 As already mentioned, HAARP is stationed at Gakoma, Alaska. The name is an abbreviation of: High-frequency Active Auroral Research Project. The most basic description of HAARP is that it is a radio transmitter facility. The big difference between HAARP and the analogue radio and TV transmissions that you are familiar with, is that rather than sending signals horizontally from transmitter to receiver, the signal is projected upwards and reflected off the Ionosphere, as illustrated below:

The basic reason for doing this, as clearly shown, is that the transmission is not as limited by the Earth’s curvature.

This technique was originally applied as a method to extend the ability of military Radar to “see” over the horizon (OTHR).

The problem with this method is that the ionosphere fluctuates and is affected by solar activity and even the time of day. So to boost HAARP’s ability to function, another transmission apparatus is introduced: a steerable, tilting platform that sends a powerful, focused beam of energy that heats up a portion of the Ionosphere to create a plasma bubble known as an Artificial Ionospheric Mirror (AIM). HAARP’s familiar array of antennas then bounces signals off this AIM,which can be steered and tilted to direct the transmission to a desired target, whether it be a reception station, or to ground. 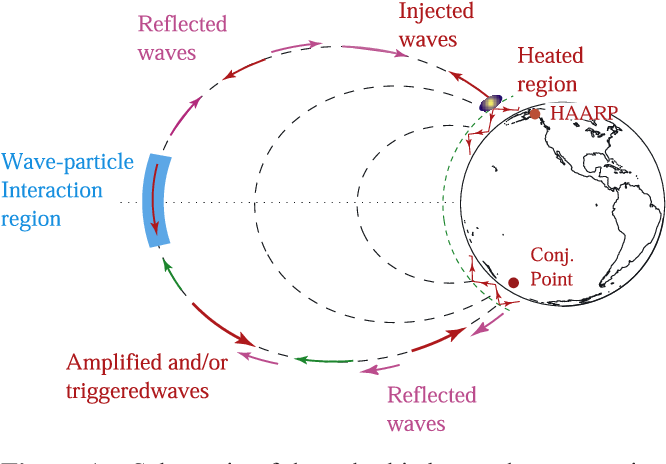 HAARP can also work in conjunction with special satellites, such as DEMETER:

So HAARP clearly exists and is no big secret. So what’s all the fuss about?

Although the situation has changed over the years, for most of it’s life, HAARP has been staffed and operated by the University Of Alaska, but it’s who’s been doing the funding and development that puts HAARP in the spotlight: The US Department Of Defense and the US Navy, in conjunction with some very big names in the Military-Industrial arena.

And they have poured many millions of dollars in upgrades alone into the project.

And so to the big question:

What is it for?

“Others [terrorists] are engaging even in an eco-type of terrorism whereby they can alter the climate, set off earthquakes, volcanoes remotely through the use of electromagnetic waves… So there are plenty of ingenious minds out there that are at work finding ways in which they can wreak terror upon other nations…It’s real, and that’s the reason why we have to intensify our [counter terrorism] efforts.”
US Secretary of Defence, William Cohen, 1997

Yes, he really said this. Despite attempts by debunkers to defuse the statement by invoking context and intent, it remains standing. While Cohen speaks of “others”, it seems highly unlikely that the US Military-Industrial complex would be lagging behind these “others”: Usually it is “others” who follow America’s technological lead in the warfare game.

So what kind of technology is Cohen discussing here?

The mention of “electromagnetic waves” leads one to the most obvious conclusion that he was alluding to HAARP.

But a radio transmitter triggering earthquakes? Surely this is far fetched? What’s the evidence?

readings from the HAARP Induction Magnetometer, which visualizes the frequency spectrum of signals detected in the earth’s geomagnetic field, show that a steady, ultra-low frequency (ULF) of roughly 2.5 Hz was being broadcast days before the earthquake. The 2.5 Hz ULF happens to be the exact same frequency as the natural resonance produced by an earthquake — and since there were no constant earthquakes occurring on the days before the quake as the HAARP Induction Magnetometer appeared to indicate, the logical conclusion is that the signal was being broadcast to induce the quake

In the days when these magnetometer charts where available online, researchers were constantly vigilant, looking for correlations between HAARP transmissions and suspected “triggered” catastrophes. 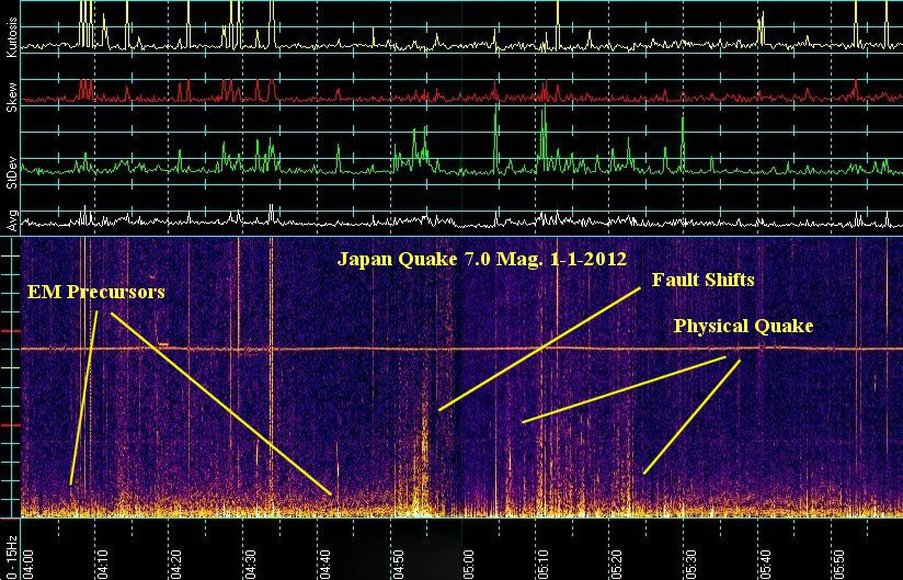 True. The alternative possibility is that the Induction Magnetometer charts are showing natural precursors. Scientific research involving such tools as the DEMETER satellite (referenced in the diagram above) have proven a link between impending seismic events and Ionospheric disturbance, which holds great promise for earthquake prediction. Conversely, the same Ionosphere/Crust link bolsters the claims that HAARP can trigger ‘quakes.

So, are we suggesting that HAARP can create an earthquake anywhere on earth at any time?

Highly unlikely. There is a big difference between generating an earthquake and triggering an existing crustal fault.

Aha, so then, if HAARP can only do it’s dastardly work in an area already ripe for an earthquake, how would you know if it was HAARP or not? We’re back to Correlation not being Causation, aren’t we?

Researchers do not rely on magnetometer charts alone. Indeed, these charts were removed from public view some time ago. And in the absence of clear and final scientific evidence (after all, who’s actually going to admit to this?), we approach each suspected “HAARP job” like a potential crime scene. There has to be suspicion, a motive, and a substantial number of “coincidences” and circumstantial events, as well as relevant documentation and eyewitness testimony.

Undoubtedly the best case study is the  Christchurch Earthquakes, thanks to years of diligence and persistence by a number of dedicated researchers working together and sharing and critiquing knowledge and findings. Some of these findings are startlingly incriminating and should give even the most hardened sceptic pause for thought.

In the case of Christchurch, it is a case of “HAARP” (general) as evidence points to locally based technology being the likely culprit:

So how on earth can radio signals trigger earthquakes. Despite all this so-called “evidence” it still sounds preposterous!

Humans can trigger earthquakes artificially, and you’d be surprised just how many and how frequently.

But by radio waves? You certainly won’t see any listed at the link above!

The theory is that HAARP  transmissions are bounced off a Plasma Mirror (AIM) down into the Earth’s crust at a targeted location. This is one is one of HAARP’s known capabilities, in tomography mode, remotely probing underground for cavities, bunkers, mineral reserves or whatever (hence the connection to the Oil and Gas business  as well as the military). 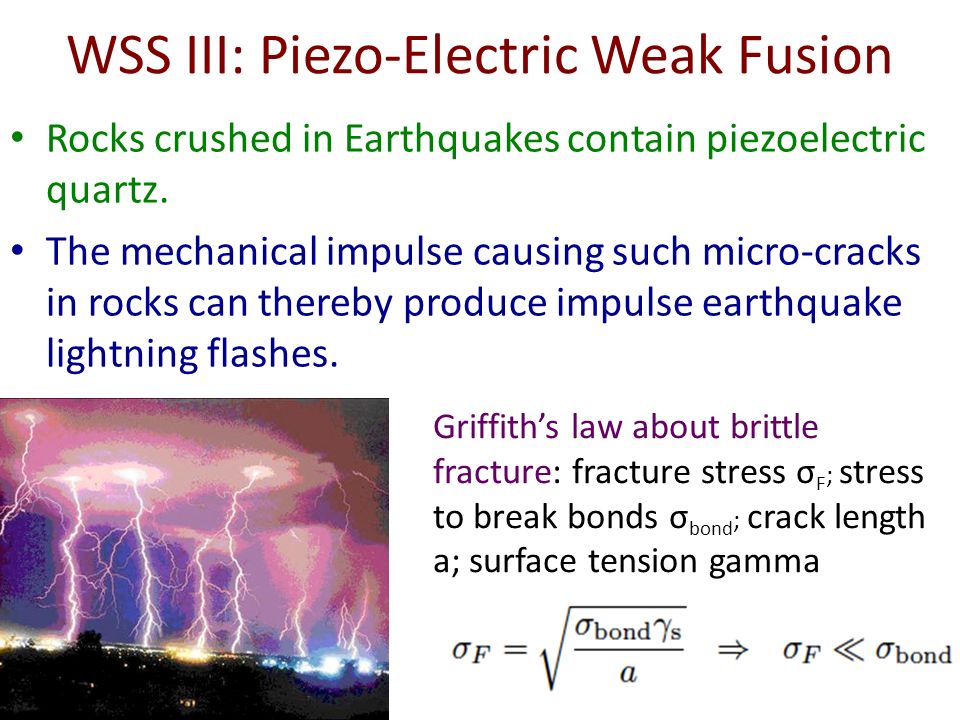 But if the right frequency is “beamed” into a location known to contain crustal faults, theoretically, one could eventually activate that fault, triggering an earthquake. Think of the analogy of a trained Opera singer shattering a glass with a sustained note.

Over the past few years, various theories have been proposed for how earthquake lights form, including the disruption of the Earth’s magnetic field by tectonic stress and the so-called piezoelectric effect, in which quartz-bearing rocks produce voltages when compressed in a certain way.
But Freund and colleagues now report that what causes earthquake lights appears to be an entirely different electrical process.
“When nature stresses certain rocks, electric charges are activated, as if you switched on a battery in the Earth’s crust,” he says.
The types of rocks that are particularly given to the phenomenon are basalts and gabbros, which have tiny defects in their crystals. When a seismic wave hits, electrical charges in the rocks may be released. SOURCE

It doesn’t take too much of an intellectual leap to imagine how HAARP could exploit this natural piezoelectric process by artificially “charging” Earths battery. 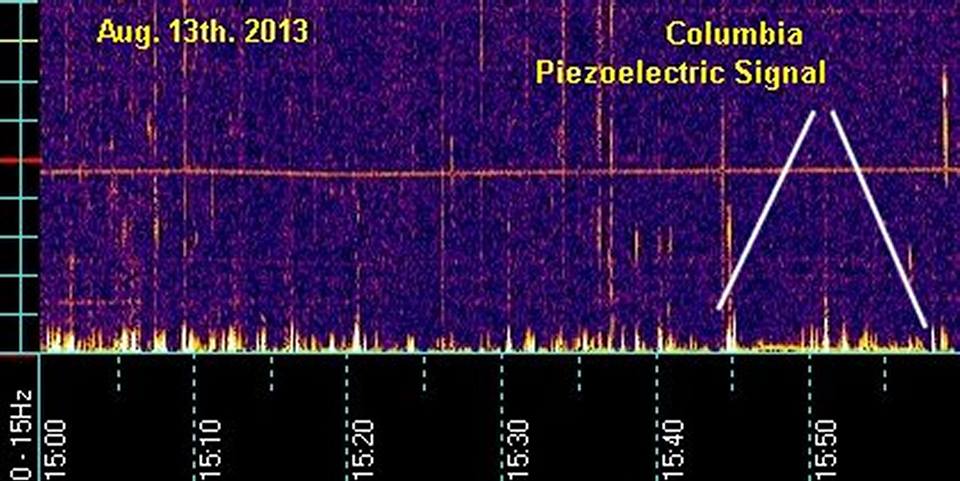 In the second part of this blog, we’ll address other reported capabilities of HAARP technology, and provide a brief history of HAARP.

Wed Oct 31 , 2018
“It may very well not have been Trump…but it was America, There are no political distinctions. Trump now represents America.” by G Squared As The Irish do to England, it needs to also be remembered that when the Southern Nations were screaming ‘Yanqui Go Home’ there was a major problem with […]