…Or How The Socialist Movement Created Their Own Monster!

In the immediate aftermath of the Christchurch mosque shootings, the conspicuous Left-Wing element of the media and universities, especially in New Zealand, were keen to “strike while the iron is hot”. Busy scouring the internet with every resource at their disposal that could be used as political leverage to advance their cause, someone struck the jackpot in the form of a photograph that thanks to the power of Social Media, quickly went around the world.

The “stunt” was initially effective in defaming the intended target, but quickly backfired.

Now is the time to tell the story, and throw this cheap, dirty little smear campaign into the gutter where it belongs.

The story begins with the visit to New Zealand of Dr. Jordan B. Peterson:

Dr. Jordan B. Peterson is a professor of psychology at the University of Toronto, a clinical psychologist and the author of the multi-million copy bestseller 12 Rules for Life: An Antidote to Chaos, #1 for nonfiction in 2018 in the US, Canada, the UK, Australia, New Zealand, Sweden, the Netherlands, Brazil and Norway, and now slated for translation into 50 languages.

Peterson was in NZ to promote his “self help” book, a common sense and inspirational but somewhat un-controversial work. The closest thing the academic world has to a rock star, Peterson has rode to fame on the back of his principled opposition to Canada’s “Bill c16“. Since c16 deals with gender pronouns and LGBTQ+ rights, it has made Peterson both a hero of the political Right, and an enemy of the Left. For the Conservative, traditionally oriented fans, Peterson represents common sense and values based around personal responsibility, freedom of speech and a democratic and capitalist society. To the Social Justice movement therefore, he is perceived as a serious threat.

It should be made clear that what Peterson opposes isn’t the right of a person to identify as they wish, but the passing of gender pronouns into law. To put it simply, one could potentially face legal repercussions for failing to address an individual by their preferred pronoun. And the list of applicable pronouns is extensive and extraordinary! It is doubtful many of the c16 proponents can see the whole agenda: Give the government the power over many pronouns and they’ll replace them all with a single one: Probably “Comrade”.

Long before his worldwide book promo tour, Peterson had already been branded by the Social Justice movement as a bigot, a racist, a transphobe, and a homophobe, all with little substance beyond the vague knowledge that Peterson is construed as a general threat to the Socialist voice.

Typically, however, Peterson’s Left Wing opponents prefer to drown him out rather than actually hear what he has to say or question him:

So it is hardly surprising then, given this mentality, that a merely a month after Peterson’s NZ visit, the Socialist movement were dancing with unrestrained glee at the finding that, among the many photos Peterson had taken posing with fans, was this image:

One of the early promoters of this image, even before the shootings, was one David Farrier, a keen Socialist. But it wasn’t until after the terror incident in Christchurch that the media really ran wild with the story:

“I was at the Melbourne show and a guy held up a copy of the Communist Manifesto in his photo. Is that indicative too?”

Indeed, a look through the 150-odd photos in the album for the Auckland event of February 2019 shows Peterson posing with an incredibly diverse range of fans. 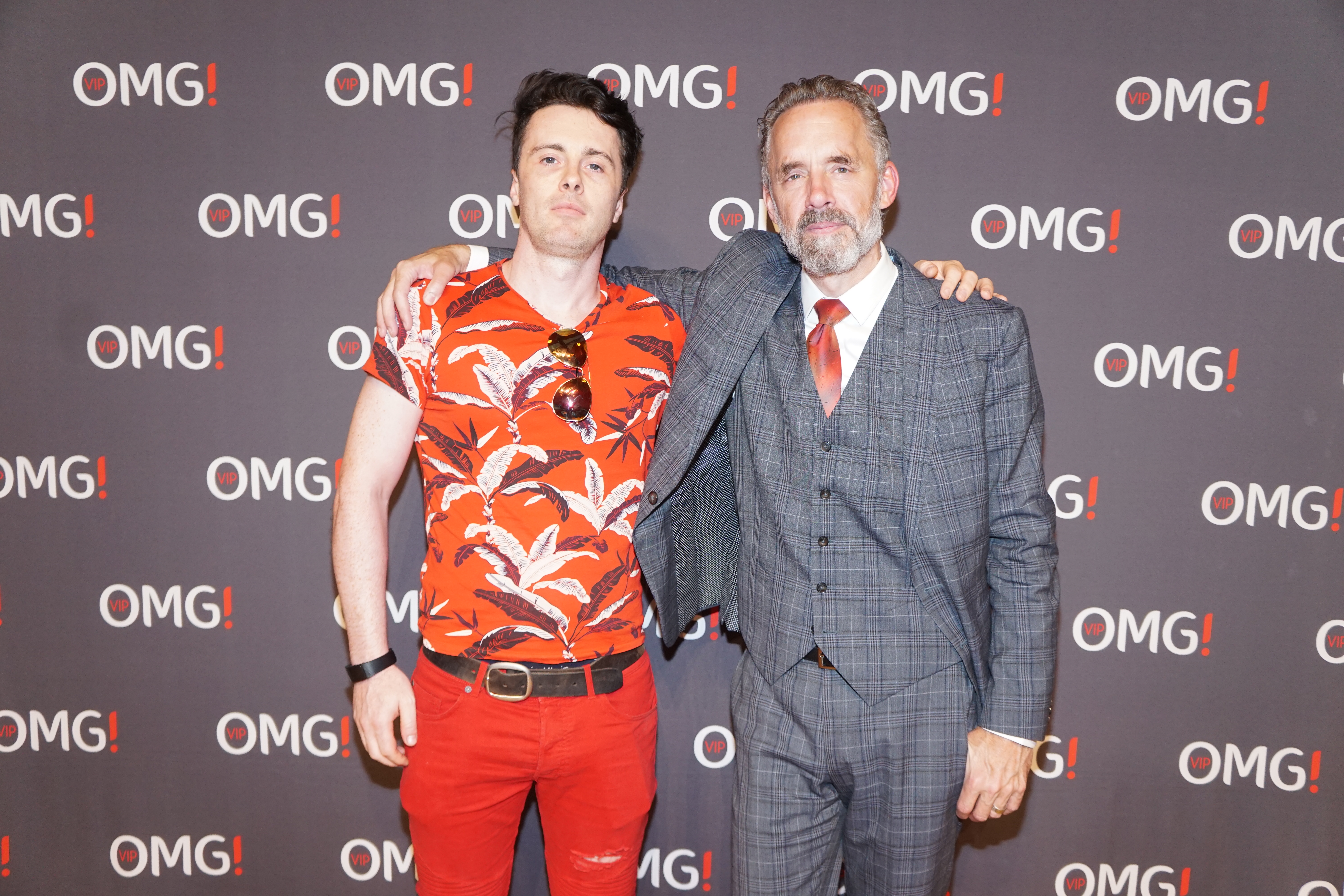 One can find many more images here.

What these images show, is a fan-base that, contrary to the garbage being propogated by the demonstrably hateful “smear-campaigners”, is diverse, inclusive and non-judgemental. Male and female, gay and straight, young and old, many cultures and ethnicities, are all represented here.

And yet, the immediate aftermath of the “Islamophobe” photo was the removal from bookshelves of Peterson’s bestselling book and a barrage of hatred and misrepresentation.

And subsequently, Peterson had his Fellowship at a prestigious university rescinded.

And regarding Peterson’s views on Islam? It was Peterson, who rather prophetically suggested, well before the events in Christchurch, that with Islam’s spread into the West, he hoped a “people of good will” could somehow build a bridge (metaphorically speaking) with the Muslim community. In the aftermath of Christchurch he should have been hailed as a visionary!

The negative impact from the T shirt affair: nothing short of a toxic, hateful attack on Peterson’s character and beliefs, and thus those of his wonderfully diverse community of fans, paints the Socialist movement in a very poor light indeed.

This author is well aware that not all those who associate with Socialism are so vindictive and venomous. To those good people this author suggests a shake-up is in order. In the words of Jordan Peterson: Tidy your room!

Socialism is as vital to society as is Capitalism. “Divided we fall”. Let’s cut the crap. We have work to do.

Meanwhile,I’m getting this message printed onto a T Shirt:

Sun Jun 23 , 2019
Yet more evidence of pre-human/industrial rapid climate change in relatively recent times. Like Mammoths and other coeval fauna of the so-called Ice Age, these Arctic animals could not have survived in a frozen wasteland. The evidence of the Arctic permafrost suggests a very rapid and catastrophic change that is remembered […]